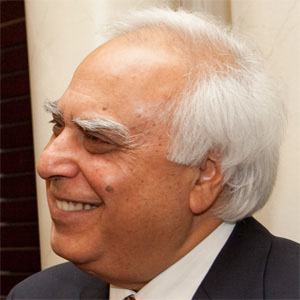 Indian politician who began serving in Parliament 1998. He was elected Minister of Communications and Information Technology in 2010 and Minister of Law and Justice.

He studied at St. Stephen's college, University of Delhi and joined the bar association in 1973. He later attended Havard Law School.

He represented India at the World Economic Forum in both 2005 and 2009.

He served in the cabinet of Indian Prime Minister Manmohan Singh.

Kapil Sibal Is A Member Of