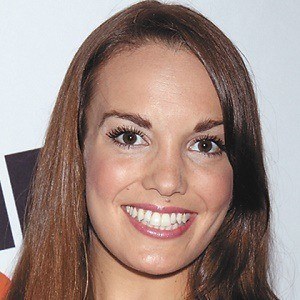 Notable for her role as Katharine Plumber in the Broadway production of Newsies, Lindsay also starred as Glinda in the second national tour of the musical Wicked.

She earned a Bachelor of Fine Arts degree in acting and musical theatre from Carnegie Mellon University.

She and Melissa Gilbert performed together in a 2009 Paper Mill Playhouse production of Little House on the Prairie: The Musical.

Kara Lindsay Is A Member Of