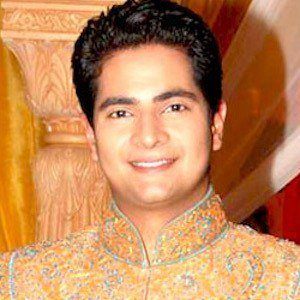 Actor, model, and fashion designer who is particularly known for his starring role on the Indian drama series Yeh Rishta Kya Kehlata Hai as Naitik Singhania.

He studied acting at the Kishore Namit Kapoor Acting Institute. He also studied fashion design at the National Institute of Fashion Technology, Delhi.

For his work in What's This Relationship Called?, he won the Most Promising Talent of Tomorrow Award at the New Talent Awards in 2009. He also won the Best Actor in a Drama at the Indian Television Academy Awards that same year.

He was born in Jalandhar and raised in Noida, India.

In 2013, he won the Best Onscreen Couple Award with his co-star on What's This Relationship Called?, Hina Khan, at the Indian Telly Awards.

Karan Mehra Is A Member Of