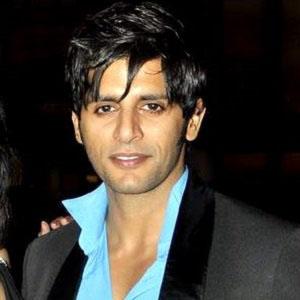 Perhaps most famous for his Indian Television Academy Award winning role as Viraj Dobriyal in the series Dil Se Di Dua Saubhagyavati Bhava?, Bohra is also notable for his portrayal of Aahil Raza Ibrahim in the soap opera Qubool Hai.

When he was still a child, he played the young version of the title character in the 1990 Bollywood film Tejaa.

In 2013, he and his wife and fellow entertainer, Teejay Sidhu, co-starred in a Punjabi romantic comedy titled Love Yoou Soniye.

He and fellow Indian actor Karan Patel were both contestants on the popular reality dance competition Jhalak Dikhhla Jaa.

Karanvir Bohra Is A Member Of