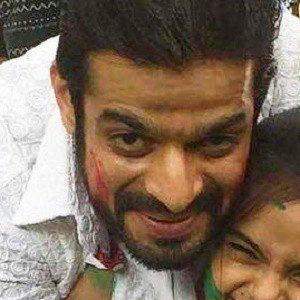 Actor best known for his role as Robbie Sabarwal on the Indian soap opera Kasturi. His role as Roman Kumar Bhalla has earned him ZEE Gold Awards for Best Actor three years in a row from 2014-2016.

He has appeared on more than one reality show, including Survivor India and the dance competition Jhalak Dikhhla Jaa.

He is the son of Rashesh Patel. In 2015, he married Ankita Bhargava.

He co-starred with Indian actress Kashmira Shah in the 2010 Bollywood film City of Gold.

Karan Patel Is A Member Of