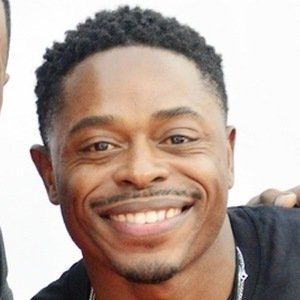 Television actor best recognized for his work on programs such as S.W.A.T. and All American. On the latter he portrayed Preach and appeared on the show from 2019-2020.

He was professionally managed by the Zero Gravity group.

He lives in Inglewood, California. He is close with his family and regularly shares photos of them on his kareemgrimes Instagram account.

He was cast on All American which starred Daniel Ezra and Samantha Logan.

Kareem Grimes Is A Member Of