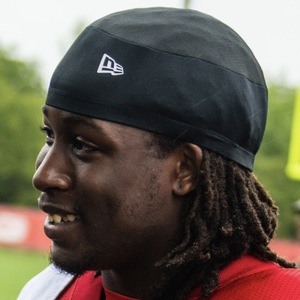 Running back selected in the 3rd round of the 2017 NFL Draft by the Kansas City Chiefs after a successful college career at Toledo.

He rushed fro 1,327 yards in his rookie season with the Chiefs. After a video surfaced showing him in an aggressive altercation with a woman, he was released by the Chiefs in 2018.

He was born in Elyria, Ohio to parents Stephanie Riggins and Kareem Hunt.

Kareem Hunt Is A Member Of