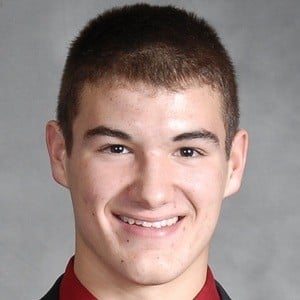 Third-team All-ACC quarterback for the North Carolina Tar Heels who was selected second overall in the 2017 NFL Draft by the Chicago Bears.

He was named Mr. Football in Ohio while playing for Mentor High School.

He redshirted his freshman year at North Carolina in 2013. His nickname is Mr. Biscuit.

His parents are Dave and Jeanne Trubisky. In 2021, Trubisky married his longtime girlfriend, Hillary Gallagher. The couple welcomed their first child into the world in 2022, a boy named Hudson.

He and fellow quarterback Deshaun Watson were both selected in the first round of the 2017 NFL Draft.

Mitch Trubisky Is A Member Of