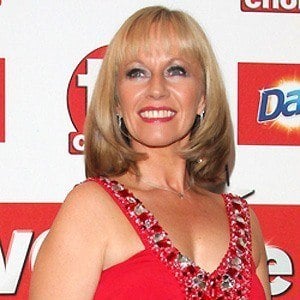 English ice dancer and one-time British Champion; she was a two-time Skate Canada International silver medalist in her career.

She had her first major tournament finish by winning a silver medal at the 1977 World Junior Championships.

She competed in the 1980 and 1984 Olympic games, but was unable to win a medal for her country.

She started a relationship with fellow skater Christopher Dean in 2011. She has two daughters from her first marriage.

She partnered with Nicky Slater in two Olympic games.

Karen Barber Is A Member Of