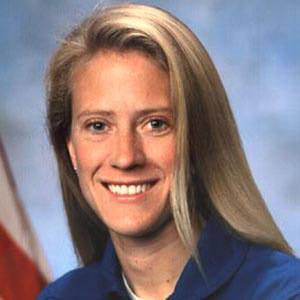 Engineer and astronaut who, in 2008, became the 50th woman to travel to space. She served as a Mission Specialist on the Space Shuttle Discovery and as a Flight Engineer on a Russian International Space Station mission.

She participated in Expedition 36 on the International Space Station.

She married Doug Hurley and they had one child together.

She and Sally Ride were both female astronauts.

Karen Nyberg Is A Member Of