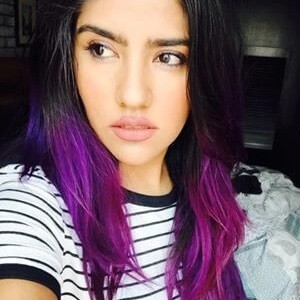 One-third of the popular YouTube sibling collective Los Polinesios. They have amassed more than 14 million subscribers on their main self-titled channel. She's active on all five of the trio's successful channels and in June 2020, they received a Guinness world record for most YouTube Diamond Buttons earned by members of the same family.

The original Platica Polinesias channel was created in November 2010 and the second Musas channel came along in August 2012 after the first gained some success.

In 2017, she went on tour throughout Latin America as part of the Polinesio World Tour; a show that included singing, dancing and entertaining challenges. In May 2020, she and her siblings collaborated with the toy company Mattel-Barbie to release their first doll collection in their image.

Her full name is Ana Karen Velázquez Espinoza. She is joined in Los Polinesios with her brother Rafa and her sister Lesslie. Her parents' names are Rafael and Verónica. She and her siblings have three pet dogs named Aria, Kler and Koco.

In September 2019, she played a game of "Kiss, Kill or Marry" with Bryan SKabeche, Eddy Skabeche and Antrax in a video featured on Antrax's YouTube channel.

Karen Polinesia Is A Member Of