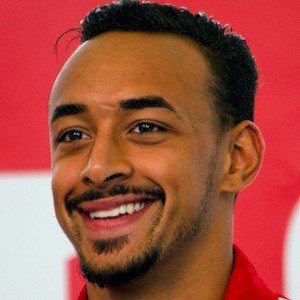 German international winger who, after joining Bayer Leverkusen in 2011, established himself as an elite forward with the team in 2014. He spent the 2013 season on loan to Eintracht Braunschweig.

After playing youth soccer with Werder Bremen and FC Oberneuland, he made his professional debut with Oberneuland in 2007.

He played for Germany's U20 and U21 teams before joining the senior international team in 2014.

He was born to Moroccan and German parents in what was then West Germany.

He and Lars Bender have played together on Bayer Leverkusen.

Karim Bellarabi Is A Member Of