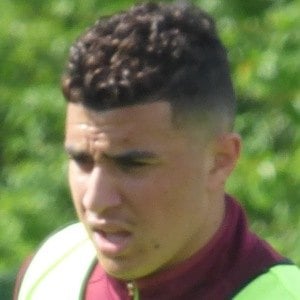 Professional football player who is known for his work with the French club Lens on loan from the Belgian club Lierse. He is known for his position of Left back and is also known for having played with Egypt's national team.

He began his youth career playing for the club Al Ahly. In 2013, he began playing for Lierse and he joined their first team in 2014 when he began his senior career. The following year, he made his debut appearance on Egypt's national team.

He shares photos from his matches, clips of him practicing, press coverage, and a range of other lifestyle photos to his Instagram and over 500,000 followers.

Mohamed Salah and Ahmed Fathi are fellow players known for their association with Egypt's national team as well.

Karim Hafez Is A Member Of