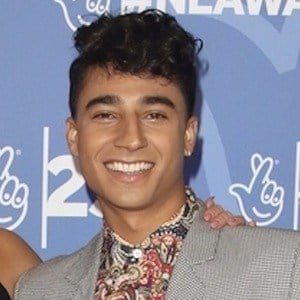 Notable for his role as Sadiq in the CBBC fantasy television series The Sparticle Mystery, Zeroual also appeared in an episode of da Vinci's Demons. He became a contestant on Strictly Come Dancing in 2019.

During his childhood years, he acted in a 2006 episode of the popular soap opera EastEnders.

He grew up in London, England, in a family of Moroccan descent.

He and Gerran Howell were both in the cast of The Sparticle Mystery.

Karim Zeroual Is A Member Of