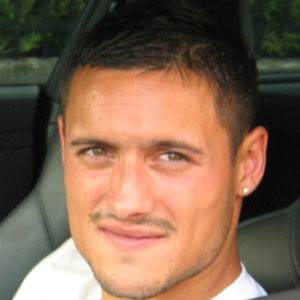 Algerian midfielder who scored the goal that sent Algeria to the 2010 World Cup. He was named Ligue 2 Player of the Year in 2006 while playing for Lorient.

He began his junior soccer career with Racing Club de Paris at age 13.

He had two children, Lina and Kais.

He was defeated by Landon Donovan and the US national team during the first round of the 2010 FIFA World Cup.

Karim Ziani Is A Member Of