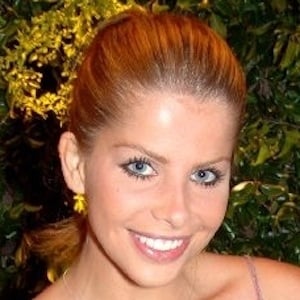 TV actress, presenter and model who garnered national attention when she won the first season of Dancing with the Stars Brazil in 2005. She was the winner on season 2 of reality show The Farm in 2010. She has 8 million followers on Instagram.

She started modeling when she was 4. She moved to São Paulo at 14 to pursue it as a career full time.

She has modeled on the cover of magazines such as Playboy, Galileo, Boa Forma and Nova.

Her parents are Italo Bacchi and Nadia Bacchi. She became engaged to Amaury Nunes in May 2018. She has one son, Enrico Bacchi, born 2017.

Felipe Dylon and Fabiana Karla were amongst her competitors on Dancing With The Stars.

Karina Bacchi Is A Member Of