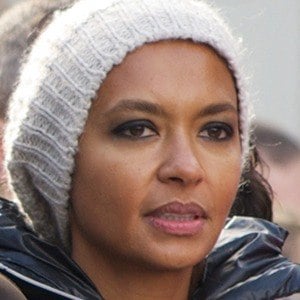 She studied flute and harp at the Regional Conservatory of Nancy and later worked as a model.

While serving as the host of the farmer dating show L'amour Est Dans Le Pré, she received the Knight's decoration in the Order of Agricultural Merit from Agricultural Minister Stephane Le Foll.

She joined the radio show Les Grosses Tettes, hosted by Laurent Ruquier, in 2014.

Karine Le Marchand Is A Member Of