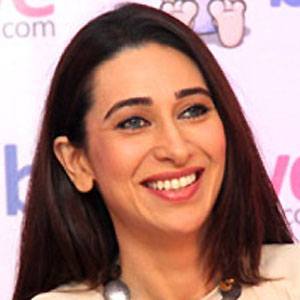 Bollywood leading lady who won Best Actress Filmfare Awards in 2001 and 2002. Her commercially successful films include Gopi Kishan and Jigar.

She became known for her roles in the '90s films Dil To Pagal Hai and Raja Hindustani.

She married Sanjay Kapoor in 2003. The couple had two children, Samaira and Kiaan, before divorcing in 2014. Her sister is actress Kareena Kapoor.

Her cousin Ranbir Kapoor is also an actor.

Karisma Kapoor Is A Member Of