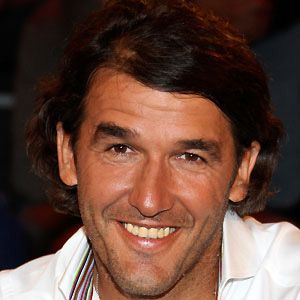 Striker in the German Bundesliga who was nicknamed Air for his impressive jumping and heading abilities.

He was a top scorer with the second-tier Bayernliga club FC Augsburg, which earned him attention from the top clubs.

He played on the World Cup-winning German national team in 1990.

His son Alessandro followed him into professional soccer.

In 1997 he played with Liverpool, but found his time reduced after the emergence of their superstar striker Michael Owen.

Karl-Heinz Riedle Is A Member Of