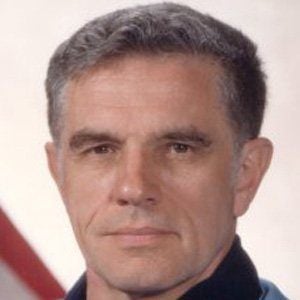 NASA astronaut and space scientist who was a part of the Apollo 15 mission. He died in a Mount Everest expedition.

He was awarded the NASA Exceptional Scientific Achievement Medal in 1974.

He grew up on a farm in Cincinnati.

A character loosely based off of Karl appeared in the miniseries From the Earth to the Moon, produced by Ron Howard.

Karl Gordon Henize Is A Member Of