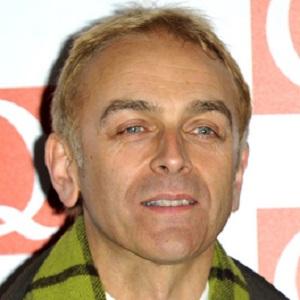 Electronic musician most famous as a member of the globally-successful techno act Underworld. He is known for his distinctive vocal performances on hit tracks like 1996's "Born Slippy.NUXX."

He got his start as a member of the electroclash band Feur, who recorded two albums in the 80's.

Many of the songs he has written for Underworld have appeared on the soundtracks to films like Hackers, Trainspotting and Batman & Robin.

He was born in Worcester, Worcestershire and has been married.

He collaborated with electronic music pioneer Brian Eno on the 2014 album Someday World.

Karl Hyde Is A Member Of