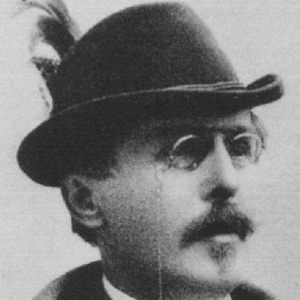 A German-born writer, he is known for his adventure novels set in the Old American West and featuring the characters of Winnetou and Old Shatterhand. He also published several novels with Asian, Middle Eastern, South American, and European settings.

As a result of his acts of juvenile delinquency, he was confined to a workhouse for several years. After completing his sentence, he worked as an editor in a publishing house.

He waited until late in his life to visit the exotic places featured in his literary works.

He was one of fourteen children born to poor German weavers. He married Emma Pollmer in 1880.

He and James Bruce are both known for their travel writing.

Karl May Is A Member Of