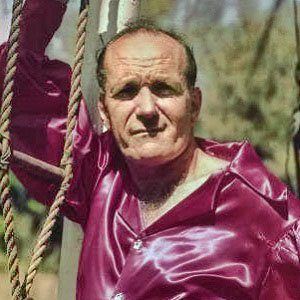 Late high wire artist remembered for being the founder of the circus act The Flying Wallendas. He was known for walking without the aid of a safety net and was killed during a walk between the two towers of the Condado Plaza Hotel in Puerto Rico.

He was born into a daredevil family and began performing as part of the act at age six.

He broke the tightrope-walking distance record of 1,800 feet at Kings Island at the age of sixty-nine.

Several members of his family died during stunts performed as members of The Flying Wallendas.

His great-grandson, Nik Wallenda, has carried on the tightrope-walking tradition.

Karl Wallenda Is A Member Of