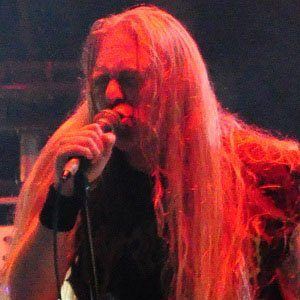 He worked the backline for Bolt Thrower's live show before becoming a member of the band in 1988.

He was absent from Bolt Thrower from 1994 to 2004, during which time he earned a degree in Cultural Studies from Birmingham University.

He has been married and divorced.

He and Cameron Argon are both well-known death metal vocalists.

Karl Willetts Is A Member Of