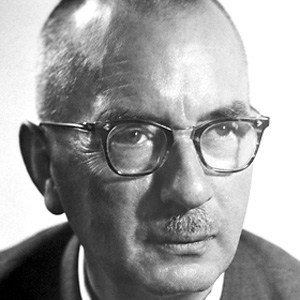 A German chemist who won the Nobel Prize in Chemistry in 1963 for his work on polymers. He also did important work involving free-radicals and helped develop the Ziegler-Natta catalyst, which is used in the synthesis of polymers.

He served in the front lines during World War I.

He was a co-founder and president of the German Chemical Society, which was started after World War II.

He had two children with his wife Maria Kurtz, who he married in 1922.

He was a German Nobel Laureate in Chemistry like Fritz Haber.

Karl Ziegler Is A Member Of