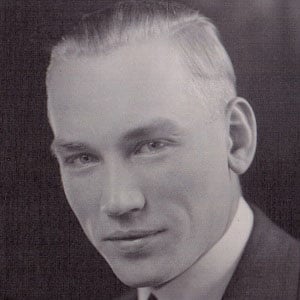 Nobel Prize-winning chemist who is widely credited with revolutionizing the field of chemistry by inventing the acidity-measuring device known as the pH meter. He served as a professor at the California Institute of Technology and founded the laboratory instrument company Beckman Instruments.

He was born in the farming village of Cullom, Illinois. He began experimenting with chemistry at age 9 after finding the textbook Fourteen Weeks in Chemistry.

As a high school student, he spent nights playing piano at movie houses and with various local bands.

He shared the 1956 Nobel Prize in Physics with electrical engineer John Bardeen.

Arnold Orville Beckman Is A Member Of