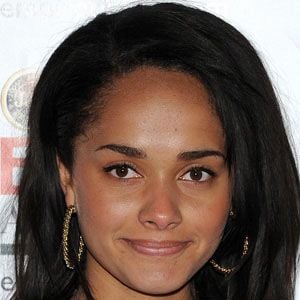 Known for her roles in such British television series as E4's Misfits and Hit & Miss on Sky Atlantic. In 2019, she began starring as Tourmaline in Amazon's Carnival Row. She has also appeared in episodes of Casualty, Monroe, and Doctors.

Early in her career, she played the role of Hannah in a television movie called Dog Endz.

Her short play, If Chloe Can, premiered in 2011 at England's National Youth Theatre.

She was born to parents Patsy and Nicholas Crome. She graduated from London's Italia Conti Academy of Theatre Arts.

In 2014, she was cast alongside Mike Vogel in the second season of the American science fiction series Under the Dome.

Karla Crome Is A Member Of

Misfits
Carnival Row
You, Me and the Apocalypse
34 Year Olds