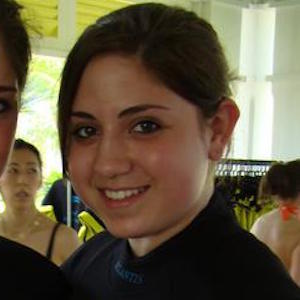 YouTuber who is known for her Katie & Karleigh YouTube channel, which she co-founded with her sister, Katie. The two posted their first video to the channel in August 2007.

She originally started the channel as a Jonas Brothers fan network in February 2007. They posted their first video, "The Jonas Snap Instructional Video," on August 20th, 2007.

She and her sister posted their final video, which was their 200th episode, on May 20th, 2010. She then went on to study communications with a focus in digital media at Slippery Rock University of Pennsylvania. She has worked professionally as a graphic designer.

She can often be seen on her YouTube channel interviewing Demi Lovato.

Karleigh Santry Is A Member Of