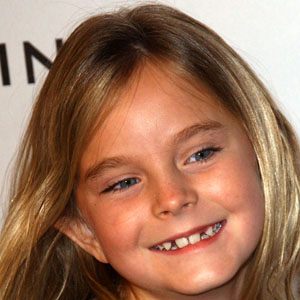 Known for her childhood role as Oprah in the 2006-2007 CBS series The Class, she also appeared in such horror films as The collector and Pulse 2: Afterlife.

Early in her career, she acted in an episode of the ABC medical series Private Practice.

She played the role of Katie Graber in a 2010 television movie titled Amish Grace.

She spent her early years in Florida and later relocated to the Los Angeles, California area.

She played the younger version of Paris Hilton's character, Cristabel, in the critically panned 2008 movie, The Hottie and the Nottie.

Karley Scott Collins Is A Member Of