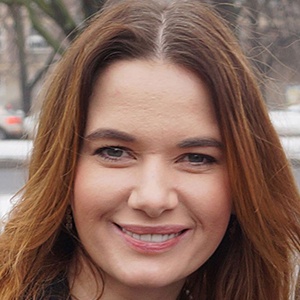 Model, actress, and TV personality. She has walked the runway in New York, Barcelona, and Milan for brands such as Calvin Klein, Chloe, Dolce & Gabbana, Miu Miu, and Prada.

She started her career in modeling at the age of 15 for the Model Plus agency in 1998.

She participated in the third season of the Polish edition of Dancing on Ice, Gwiazdy tańczą na lodzie.

She married journalist and model Olivier Janiak in 2003. The couple has three children, Fryderyk, Christian, and Julian.

Both she and Ewa Sonnet are models who competed on Poland's Dancing on Ice.

Karolina Malinowska Is A Member Of