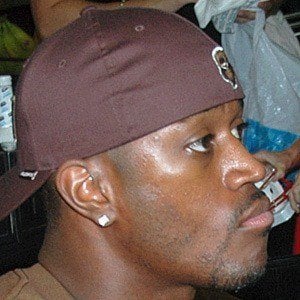 Wide receiver who played for the Jacksonville Jaguars, Detroit Lions, San Francisco 49ers and San Diego Chargers during his 12-year stint in the NFL.

He played college football at San Diego State University, then signed with the Chargers as an undrafted rookie in 2003.

He scored two touchdowns at Jaycee's All-Star game when he was in high school in 1998.

He was born in Boston, Massachusetts before moving to Salinas, California.

He made a cameo as a marine in the CBS drama Jericho starring Skeet Ulrich.

Kassim Osgood Is A Member Of