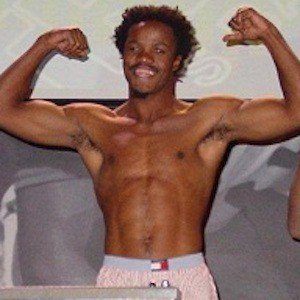 He was kidnapped and forced to join the National Resistance Army at age 6.

He was never shot as a member of the Ugandan army, but he was shot in Florida in December 2002.

His father was killed by the Ugandan army.

He and Mexican fighter Alfredo Angulo are champions in the Light Middleweight division.

Kassim Ouma Is A Member Of