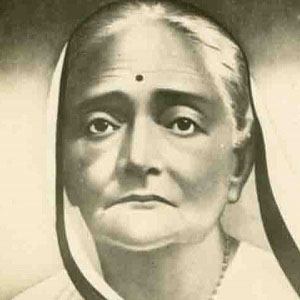 Famous as the wife of Indian Independence Movement leader Mahatma Gandhi, she also had a prominent career as a political activist.

She grew up in Porbandar, Gujarat, India, as the daughter of Vrajkunwerba and Gokuladas Kapadia.

In the early 1900s, while living with her husband in South Africa, she was imprisoned for her role in a labor protest.

She was a contemporary and acquaintance of the Nobel Prize-winning Indian author Rabindranath Tagore.

Kasturba Gandhi Is A Member Of