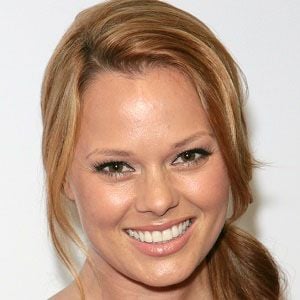 Most well known for playing Kim Kaswell on the Lifetime channel's Drop Dead Diva, she is also notable for her series regular role as Veronica Carter on the UPN legal drama Kevin Hill. Also a stage performer, she received a Tony Award nomination for her portrayal of Peggy Sawyer in the early 2000s Broadway revival of the musical 42nd Street.

Early in her career, she played a leading role in the unsuccessful Broadway musical Thou Shalt Not; the production featured choreography by Susan Stroman and music by singer and actor Harry Connick, Jr.

She and Mira Sorvino both played major roles in the 2009 independent film Like Dandelion Dust.

She spent her youth in Sacramento, California, and later relocated to New York City. In 2013, she and her business executive husband, Reza Jahangiri, welcomed a son named Holden Robert Jahangiri.

She and Lucy Liu were both in the cast of the short-lived ABC series Cashmere Mafia.

Kate Levering Is A Member Of