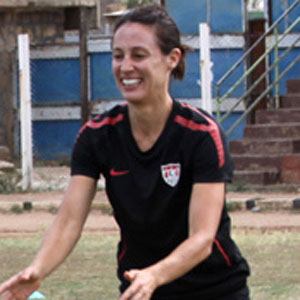 Defender who played professionally from 2001 to 2010, for the Boston Breakers, KIF Orebro-DFF, Michigan Hawks, and Chicago Red Stars.

She was part of the U.S. women's team that won the 1999 World Cup and vaulted Brandi Chastain to fame.

Kate Markgraf Is A Member Of