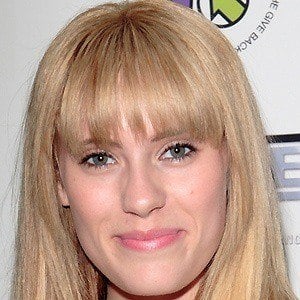 Actress best known for her role as Daphne Blake in Scooby-Doo! The Mystery Begins and Scooby Doo! Curse of the Lake Monster. She also appeared in the horror short Timmy.

She appeared early in her career in a 2007 episode of Friday Night Lights.

She was credited as Kaitlyn Melton at the beginning of her career. She went on to star in three of the Scooby Doo live action films between 2009 and 2010.

She was born in Oklahoma City, Oklahoma.

She appeared in a 2007 episode of All Grown Up, a series that featured actress Ann Magnuson.

Kate Melton Is A Member Of