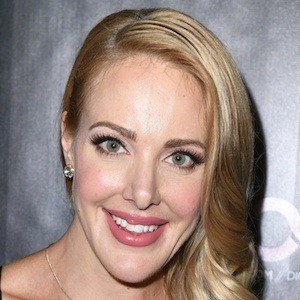 Standup comedian, actress and host who rose to fame as the star of Playboy TV's Undercover. She was host of The Hollywood Pool Party on Periscope. Her standup credits include CMT's The Josh Wolf, the FOX's Talkshow with Spike Feresten, and NBC's The Megan Mullally Show, among others.

She got a theater scholarship in Chicago and majored in acting.

She hosted the 2016 AVN Awards on Showtime.

She married her high school boyfriend at 19 and got divorced after a decade.

She appeared in an episode of The Office starring Steve Carell.

Kate Quigley Is A Member Of