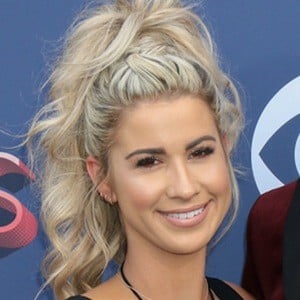 Singer who became known through her relationship with country superstar Kane Brown. She won the first season of YOBI.tv and MySpace's "Take the Stage" contest. She has been signed by Wright Entertainment Group.

At the age of 11, her choir teacher recommended to her parents that she begin taking singing lessons to enhance her talent.

One of her most popular videos is the music video for "24KT" released in August 2014.

She grew up in Chester Springs, a suburb of Philadelphia, Pennsylvania. She married Kane Brown in 2018. They have a daughter together.

She attended the 2015 Teen Choice Awards and took a photo with rapper Bryshere Gray.

Katelyn Jae Is A Member Of