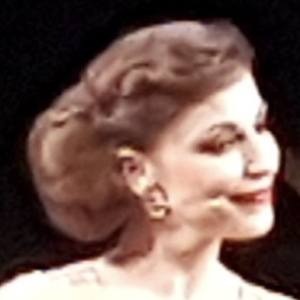 Greek television actress and model who is known for her recurring roles as Aliki Vasilaki in the series Eho ena Mystiko and Foivi Papadatou in the 2015 series Ethniki Ellados. She is also known for her role as a teacher at the Iasmos Drama School and shares additional acting and modeling based content through Instagram for her over 320,000 followers.

She started her career in television in 1999 when she appeared as a journalist and reporter on the show Konstantinou Kai Elenis. She then landed her first major recurring role on the series Kokkinos Kyklos in 2001.

As a model, she is also known for having appeared on the covers of several Greek magazines including TiVo in June of 2006, Gossip in February of 2006, and Radiotileorassi in April of 2006.

She was born and raised in Athens, Greece and married Panagiotis Pilafas. Together they have two children.

Katerina Papoutsaki Is A Member Of