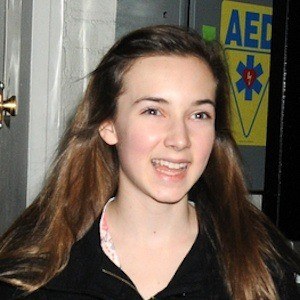 In 2006, she was cast in the Regis College production of Still Life with Iris.

She appeared in a Disney 365 video segment.

She is from Massachusetts.

She was cast alongside Catherine Zeta-Jones in A Little Night Music.

Katherine Leigh Doherty Is A Member Of