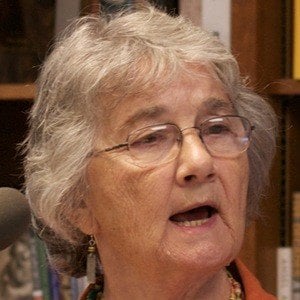 Writer of Bridge to Terabithia, Jacob Have I Loved, The Master Puppeteer, and other acclaimed works of children's literature.

Her debut work of children's fiction, The Sign of the Chrysanthemum, appeared in the mid-1970s.

She received numerous literary honors, including the Hans Christian Andersen Award, the Newbery Medal, and the National Book Award.

She was born in China to American missionary parents, and she grew up speaking Chinese as her first language. She later settled in Vermont with her Presbyterian minister husband.

She was the 2013 recipient of the American Library Association's prestigious Laura Ingalls Wilder Medal.

Katherine Paterson Is A Member Of