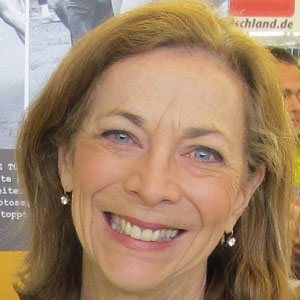 Notable for her 2007 memoir Marathon Woman, Switzer rose to fame in 1967 as the first registered female runner in the Boston Marathon. Because women were, at the time, not allowed to compete in the race, she secured entry by signing up under the name "K.V. Switzer."

She earned bachelor's and master's degrees in journalism from Syracuse University.

In 1974, she was the fastest woman in the New York City Marathon, finishing the race in three hours, seven minutes, and twenty-nine seconds.

Born to a military family living in Germany, she relocated to her parents' native United States at the age of two and spent her high school years in Northern Virginia. Her first marriage was to Tom Miller (who ran alongside her in the 1967 Boston Marathon); she later married fellow writer and marathon runner Roger Robinson.

Switzer paved the way for fellow female runner Catherine Ndereba, who won the 2000 Boston marathon and went on to earn silver medals at the 2004 and 2008 Olympics.

Kathrine Switzer Is A Member Of