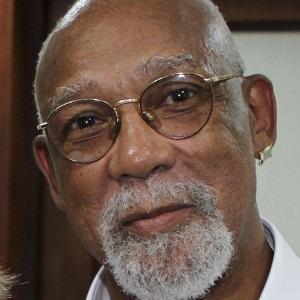 American track and field athlete who won the 1968 200m bronze medal and famously put up the Black Power salute on the Olympic podium.

He fathered a daughter with second wife Kim.

He carried out a famous political protest with fellow sprinter Tommie Smith .

John Carlos Is A Member Of