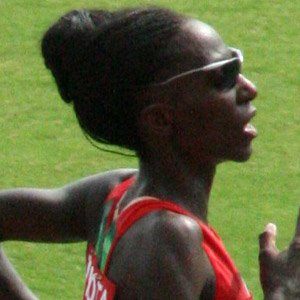 Marathon runner often considered the greatest ever; she won silver medals at consecutive Olympics: 2004 in Athens and 2008 in Beijing.

She trained while at Ngorano Secondary School, and made her international debut in 1995.

She married Anthony Maina, and had her first child, June, in 1997.

For a year from 2001 to 2002 she held the women's marathon world record, before it was broken by Paula Radcliffe.

Catherine Ndereba Is A Member Of