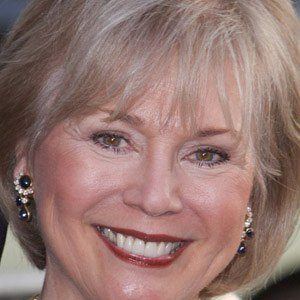 She changed her name from Marlene Kathryn Kringstad upon arriving in New York City and working as a Playboy Bunny.

She appeared in several TV series which includes but is not limited to Dallas, Police Squad!, The A-Team, and Star Trek: Next Generation.

She married and divorced Ben Martin after approximately 15 years and later married Geoff Miller, staying with him until his death.

She starred alongside Jonathan Frid in the film spin-off to Dark Shadows titled House of Dark Shadows.

Kathryn Leigh Scott Is A Member Of