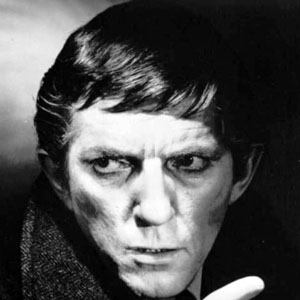 Canadian actor in film and television known best for his role as the vampire, Barnabas Collins in the soap opera, Dark Shadows.

He joined the Royal Canadian Navy in the middle of World War II and graduated from McMaster University in 1948.

He was one of the first actors to appear in productions at the Williamstown Theater Festival in Williamstown, MA.

He was born the youngest son to father, Herbert Percival, a construction executive and mother, Isabella Flora.

He starred with Shelley Winters in the television movie, The Devil's Daughter in 1973.

Jonathan Frid Is A Member Of