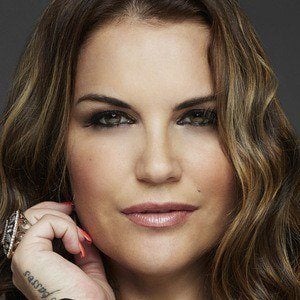 Portuguese singer who has released half a dozen successful albums and several hit singles. She is particularly known for such songs as "Latina de cuerpo y alma" and "Boom Sem Parar."

Her musical career began in 2005 after she released her debut album Pronta pra te amar.

She has competed on a number of reality shows including the 2014 season of Supervivientes and the 2015 series of Dança com as estrelas.

Her brother is soccer star Cristiano Ronaldo. She also has a sister named Elma and another brother named Hugo. She has two sons, Rodrigo and Denis.

In 2014, she competed against Gandía Shore star and winner Abraham Garcia on Supervivientes: Honduras.

Katia Aveiro Is A Member Of