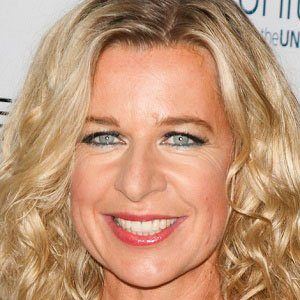 Controversial British reality TV competitor who is best known for her appearance on The Apprentice (UK).

She was born in Barnstaple, Devon to Roy Hopkins and Anona Crowle.

She married her second husband during an episode of the reality show Four Weddings.

She married Damian McKinney, with whom she had two daughters. Following their divorce, she had an affair with the married Mark Cross, had his baby in 2008, and married him in 2010.

She competed with fellow reality cast mates for an apprenticeship with Alan Sugar.

Katie Hopkins Is A Member Of