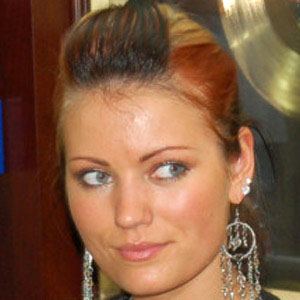 Pop artist who is a member of the Estonian rock band Vanilla Ninja, the group that released singles like "Blue Tattoo" and "When the Indians Cry."

She started studying piano and singing with her first choir at the age of seven.

She helped Vanilla Ninja release their fourth album, Love is War, in 2005.

She was raised in Tallinn, Estonia with her younger sister.

She is an Estonian pop artist like Cone One member Koit Toome.

Katrin Siska Is A Member Of