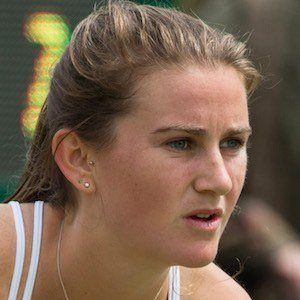 British tennis player who has won four singles and six doubles titles on the ITF tour as of July 2016. She has been ranked in the top 300 in the ITF singles rankings.

She won her first singles tournament in November 2013 in Greece.

She has won doubles tournaments in England, Greece, and Egypt.

Her brother, Conor Dunne, has been a cyclist.

She has been a British tennis player, much like Johanna Konta.

Katy Dunne Is A Member Of